Why Recycle Rather Than Throw Away Computers And Other Electronics?

Home RecyclingWhy Recycle Rather Than Throw Away Computers And Other Electronics?

Why Recycle Rather Than Throw Away Computers And Other Electronics?

Why recycle your old computers and electronic devices? Our current culture tells us to simply discard old electronic devices the moment we get a new one so recycling is not our top priority. However, such practices can often lead to negative impacts to you, the environment and society. In this article, we will explain why recycle is a good concept compared to dumping old electronic gadgets. 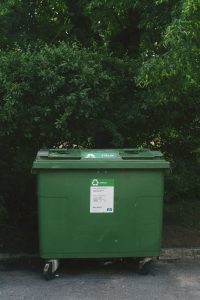 Why recycle when you are alone?

You might not be interested in asking why recycle is important since you don’t have people by your side to help you. It is kind of intimidating to face the problems developed by unnecessary dumping alone so you resolved not to start in the first place. According to the United States Environmental Protection Agency, the United States has generated 250 million tons of waste in 2011 alone. With those numbers, it is quite easy to simply give up and follow the dumping crowd instead.
But you should not feel discouraged. There are others who can see why recycle can benefit them. States such as Michigan, Minnesota, North Carolina and Wisconsin have already banned recyclable materials, such as electronics, from being dumped in landfills and other states may soon follow suit. Since you can no longer dump electronics, people are getting creative in recycling them to make new gadgets.

Why recycle when they can just make more?

Another reason why recycle is not practiced is that people think that our current natural resources can indefinitely produce new gadgets. If that is true then there is no reason why recycle should be done in the first place. However, the opposite is true and we are slowly but surely using up natural deposits of metals, used for creating computers and other gadgets such as gold, silver, iron and copper. We are also using too much energy in extracting these metals from their native minerals. That is why recycle is important to the production of new devices. It keeps energy and material costs low so newer electronics would also be cheaper. So far, the United States only recycles 34.7% of the total waste that it generates. With your help, the country can improve this percentage further.

Why recycle when you are not helping anyone?

It is hard to that your actions have a big impact on others when all you can see is that you put your old stuff in a recycle bin rather than a normal trash can. You may not be able to see it but recycling helps a lot of people. Try giving away your old gadgets to younger or poorer people and you can see why recycle can easily improve other people’s lives. Recycling also generates additional jobs for people to live by.

So the answer to the question of why recycle your old electronic devices is simple. It is to help the environment and your fellow people. You should also see that more and more people are engaging in recycling electronics so you should not feel alone when you do so. So what are you waiting for? Stop asking why recycle and start asking yourself, “why not recycle?” instead.