The Benefits Of Electronics Recycling

The Benefits Of Electronics Recycling

The growing e-waste problem can be solved by electronics recycling. Many electronics are made up of various materials, such as metals, which are recyclable. Dismantling end-of-life electronics such as computers and recycling the various materials in them promotes the conservation of undamaged natural resources. Also, it helps in the prevention of water and air pollution that is brought about by hazardous disposal. In addition, it also helps in reducing the amount of greenhouse gas emissions produced as a result of the manufacture of new electronics. 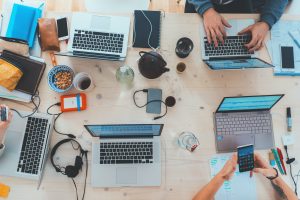 Recycling old electronics is the most effective way of dealing with the growing problem of e-waste.

Having an obsolete computer or any other old electronic in the house is a common feature in many homes in the U.S. Approximately two million tons of used electronics such as televisions and computers are disposed of annually, and around 128 million mobile phones are discarded in a similar period. Therefore, it is important that people are educated on the benefits of electronics recycling. This is because there are many benefits of reusing or recycling old electronics rather than disposing them of in landfills.

Donating your old electronics plays an important role in the provision of refurbished products such as computers and mobile phones, which can be of great help to low-income families, schools, and not-for-profit organizations. It also helps individuals gain access to technology that they could not have otherwise afforded.

Instead of keeping old electronics in the house or dumping them in landfills, recycling or reusing them is an appropriate option that should be supported by individuals and organizations. Considering the benefits of electronics recycling, it is very important that people in various parts around the world embrace this concept.