The Importance Of Light Bulb Recycling

The Importance Of Light Bulb Recycling

We know that our earth only has a limited amount of resources, such as paper and tin. We also know that putting certain products into our landfills can take a long time to breakdown. What many people do not know is the importance of light bulb recycling. Once you throw a light bulb into your trash can, it will most likely end up somewhere in a landfill. This action causes mercury to be released into the environment. It also causes a potential exposure of mercury to anyone involved in the handling of the light bulb once it has been thrown out. This exposure threat goes up if the light bulb is crushed in a trash compactor or garbage truck. Mercury can be present as a liquid, a vapor, or even both, as the liquid will evaporate at an ambient temperature. 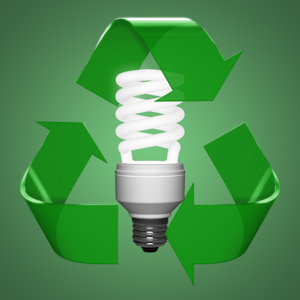 It is estimated that 670 million fluorescent light bulbs are placed into our environment annually in the United States alone. All of these light bulbs can potentially cause the release of as much as 4 tons of mercury each year into our environment. Mercury, after it has been released into the environment, can potentially be converted to an organic substance which will accumulate in live organisms, therefore contaminating the food chain.

Light Bulb Recycling: Leave it to the Pros

Fluorescent light bulbs should be taken to a professional recycling company prior to being broken. Recycling centers have the ability to remove and recover the mercury in the light bulbs, as well as glass and some other pieces to be reused. Many people are surprised to learn that nearly all parts of a fluorescent light bulb can be recycled.

If you accidentally break a bulb in your home, the United States Environmental Protection Agency strongly recommends that you evacuate all living people and animals from the area for at least 15 minutes. You should also do what you can to air the area out; open windows, turn on fans, etc. This is because if the flu scent bulb is broken indoors, enough mercury vapor to cause possible health concerns can be present. You can find out more about how to handle a broken bulb and its health concerns by visiting www.epa.gov.

In order to decrease the amount of mercury in the environment, it is imperative that Americans recycle their light bulbs at the appropriate recycling centers. Not recycling fluorescent light bulbs can put members of our own households at risk, workers in the garbage industry at risk, as well as our environment and other living beings at risk. Light bulb recycling can make our environment healthier and cleaner for everyone.