How to Scrap a Computer for Metals

Home RecyclingHow to Scrap a Computer for Metals

How to Scrap a Computer for Metals 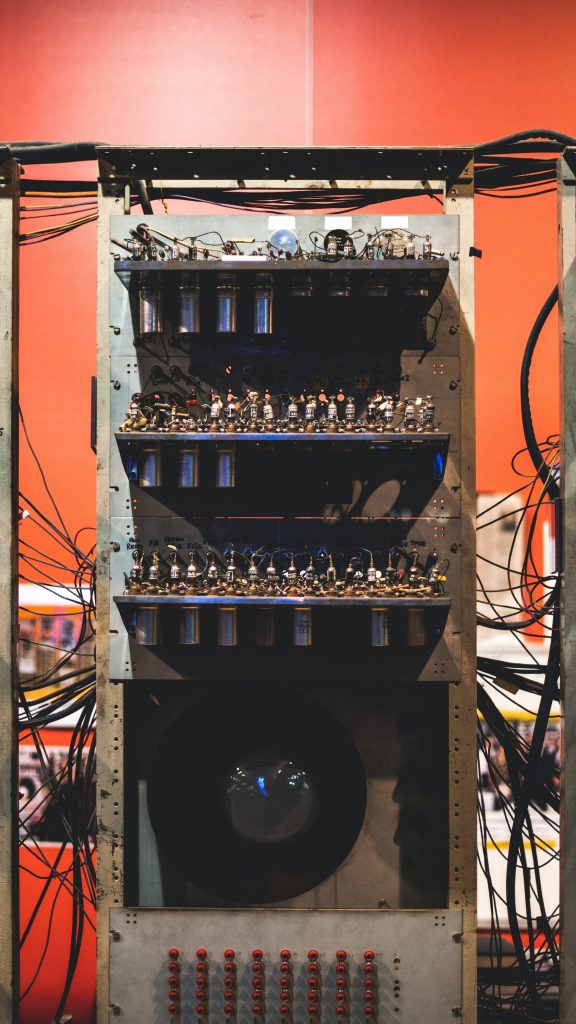 Wondering what to do with that outdated computer you have lying around the house? If you are, you can scrap a computer for metals and recycling the components is the way to go. It ensures you dispose of the electrical components correctly and reduces carbon input into the atmosphere.

Most private and government institutions dispose of their computers after upgrading their machines to newer ones that run faster. You can benefit from such disposal events which also happen in schools, banking institutions, and other businesses. Craigslist is also a good place to look for older computers. Many of the organizations that own outdated computers do not know what to do with the copper and other components found inside the old computers.

To scrap a computer for metals, you need to separate various components that contain different metals. Components like the RAM chips, Hard disk drives, connecting wires, and the motherboard all have some precious metal content.

The design of older models of computers also works to your advantage when you want to scrap a computer for metals. This is because the casings are designed to allow easy access to the interior parts. Note that this design was not a flaw; rather, it eased maintenance and parts replacement. The on-board components which are what you will be seeking when you scrap a computer for metals also come off easily.

Tools You Will Need to Scrap a Computer for Metals

The following tools are important when you want to scrap a computer for metals:

After assembling all the tools needed, you are now ready to open the computer and scrap it for metals.

Steps to Follow to Successfully Scrap a Computer for Metals

The outer casing on a tower CPU is very easy to open. It will mostly be held in place by two screws at the back. The screws can be loosened using the flathead screwdriver and then removed by hand. With the screws off, one side of the casing should come off by unlatching the cover from the frame of the casing. You will then need to use a bit of force if it is held on too tight. A trick that experts who have years of experience scrapping a computer for metals share is to use both hands to remove the case cover. Both thumbs should hold the CPU down while the other fingers hold on to the cover and force it off the frame.

Once you successfully remove the cover, you now have unrestricted access to the interior of the CPU and can scrap the computer for metal parts with ease.

The interior has various parts held in place by screws. Begin by unscrewing the power supply unit, which is located at the top corner of the CPU. From here, move to the front and unscrew the disk drives and hard disk drives. These are usually held in place by four screws each. Inspect the shape on the head of the screw and select the screwdriver head that matches the screw head to avoid damaging it. If the screw has a straight indentation, use the flathead screwdriver. If it has a star-shaped head, however, use the star-shaped or Philips screwdriver.

Step 3 – Removing or Cutting off Wires

With the interior components unscrewed, you can now start unplugging the connecting wires that link various components. The disk drives and hard disk drives usually have clips at the end that you can pry out by pressing on the clip in latches. You need to be keen here to get the complete wires instead of cutting them midway. The opposite end where the wires go inside the power supply unit do not have clips. This is where the wire cutter tool comes in. You should try to get the wire cutter tip as close to the end of each wire as possible. This gets you the maximum length of wire possible when you scrap a computer for metal parts. The wires have a plastic cover but are exposed at the ends. Organize all the wires that you pull out of the computer into a pile. The wires have a lot of value because they contain insulated copper which makes part of the components you need for copper recycling.

Once you have removed all the wires and unscrewed the various components you can now begin to pull them out. The power supply should lift off quite easily while the disk drives and hard disk may need a little wiggling. Separate the disk drives by placing them in a pile and the hard disk and power supply in a separate pile. Fans and other plastic covers that might be holding the disk drives in place should be pried out using a flathead screwdriver and placed separately. These don’t have any metal content and should be disposed of separately.

Step 6 – Unplugging the Onboard Components from the Motherboard

The motherboard has many small-sized components that are plugged into it. Most of them, however, simply come off after unclipping the clips that hold them in. The RAM chips, for example, have two clips on both sides that hold them in place. Once you pry open the clips, removing the RAM chips is as easy as lifting them off. Heat sinks are the next components you need to remove from the motherboard. These can be screwed in with a few screws or just be held in place using clips depending on the type and make of the CPU. Once unscrewed or unclipped, lift them off, and place them in a separate pile.

Note that some CPUs have a fan attached to the top of the heat sync. This is usually to optimize the cooling of the processor located below the fan and heatsink. To remove these components, begin by loosening any screws holding the fan in place. From here, ensure that you first unplug the thin wires that bring power to the fan before lifting it off. After that, you should have access to the heat sync, which is similar to the other heat syncs. Removal is just as straightforward; just unclip and lift the sync away. You should now have the processor unit exposed.

The processor is a small square-shaped chip held down by a single latch. To remove it, simply lift off the latch and prop up the chip. It should come off easily.

After following all the above steps, you are now done removing the parts of your computer. The next step is to take the parts to a scrap yard and convert them into cash. Each component fetches a different price depending on the metals that are used to make it. The common types of metals you will find inside a CPU are:

Copper Recycling After You Scrap a Computer for Metals

Copper recycling is important after you scrap a computer for metals because unlike the other parts, which have been replaced by smaller and more efficient parts, the copper components are still usable. Parts like the generic hard disk drive, for instance, have been replaced by the more compact and faster solid-state drives.

Copper recycling plants accept copper wires from computers as well as other parts made of copper, such as some heat syncs and metal casings.

To have an easier time at the recycling plant, ensure that you separate different components that have copper metal when you scrap a computer for metals. Separating the components makes it easier for the buyers of scrap to value the items you want to recycle, which means that you will spend less time with them. Moreover, when the copper recycling agent spends less time with one client, they are likely to serve more people in a day.

The money you make from computer wire copper recycling is also dependent on the thickness of the copper wires you have, usually referred to as wire gauge. This is because higher gauge wires are priced higher as compared to lower gauge wires at the copper recycling plant. A good way to save time for yourself and the recycling company where you want to sell the items you have extracted after you scrap a computer for metals, is keeping wires with similar gauge together. Another good tip that will save you time and increase the money from copper recycling is scraping many computers at a go. It helps to amass a number of redundant machines first and then scraping them once you are sure the components you get from them will fetch a good price.

What to Do With Copper

Recycled Copper has many uses in both domestic and commercial settings. So, if you are asking yourself what to do with copper after you scrap a computer for metals, you will be happy to know that it has a high demand, which is attributable to its many uses.

After reading the above sections, you now know how to scrap a computer correctly and get some money instead of just throwing it away. E-waste has become a great problem in most countries, especially because more people are adopting the use of recent technologies in their homes, offices, and schooling institutions. Start scraping your old computers today play a part in reducing the amount of e-waste that keeps accumulating and degrading the environment every day.