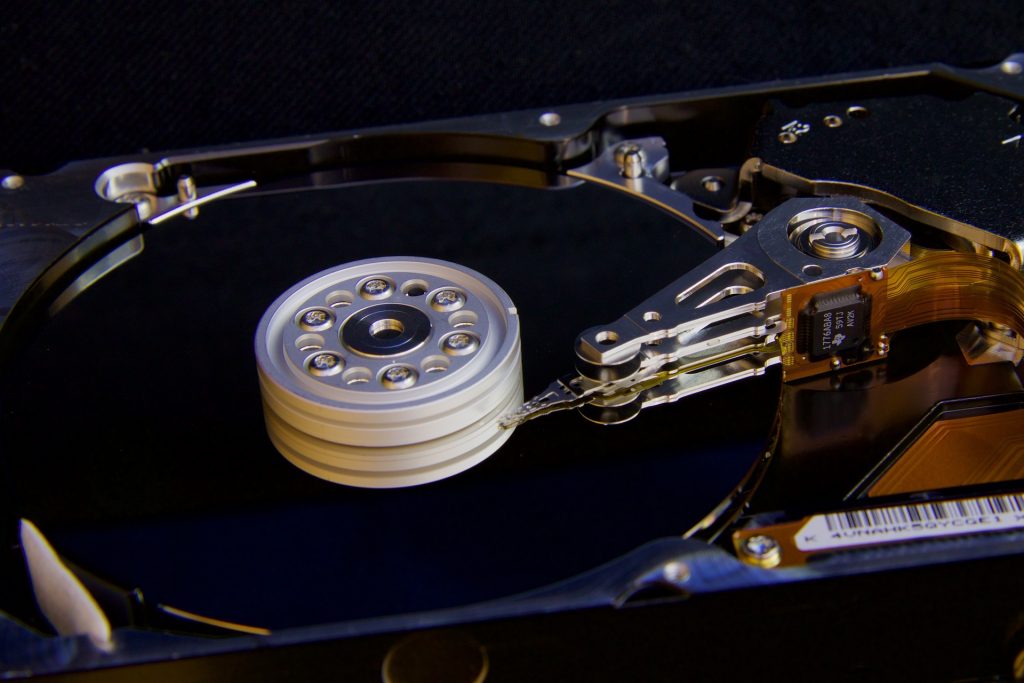 If you’re looking for information on what a St. Louis data destruction company can do for you, you’re in the right place. Here, we’ve compiled some different data destruction examples as well as a brief explainer on what the process entails and why it’s important.

What is data destruction?

First, let’s start with the basics. Simply put, data destruction is, well, exactly what it sounds like: Getting rid of your data. This process is different from merely deleting your data. The data you’ve deleted is still stored on your computer, you just can’t see it anymore. Tech savvy people can find it in the bowels of your hard drive or memory chip. That is, unless you completely destroy the data.

Why would you want to destroy your data?

There’s a myriad of situations in which you would want to delete your data and you wouldn’t want anyone to be able to access it. This is most commonly seen in the business world. When getting rid of your business’s old computers, you want to be completely sure no one will be able to find your business’s information on them once they’re out of your hands.

As a private citizen, you have good reason to look into St. Louis data destruction, too. You’re at a higher risk of identity theft if you don’t destroy the data on the devices you no longer use.

This data destruction process can be achieved in a variety of ways. No matter how you go about it, once you’ve had a St. Louis data destruction company have a go at your computer, your data can’t be accessed by anyone, even the most adept computer whizzes. If you’re curious about the process, you can read on for some data destruction examples. It might sound kind of technical, but we’ll do our best to keep it reader-friendly.

Even though it sounds like a fairly straightforward process (Step one, take data, step two, destroy it), there are actually several ways in which a St. Louis data destruction company can permanently destroy your data. We’ll take you through some of the methods they use to accomplish this, and then we’ll go through the different considerations you should take into account before selecting one method over the others.

These are some of the data destruction examples that you should not follow if you value your complete privacy. Many people think they’re covered by simply deleting their data, but as we previously explained, deleting your data does not get rid of it permanently — it just makes it harder to access.

The same goes for reformatting your disc. There are plenty of tools out there on the internet for people to recover data on reformatted discs. That means your data is not only still around, but also fairly easily accessible. This is clearly not one of the more effective data destruction examples.

A do-it-yourself option that’s slightly better is performing a factory reset on your device. Of course, this isn’t always an option on all devices, but if it is, it might be worth looking into. As the name suggests, factory resets restore the device to the settings it had fresh from the factory, thus getting rid of all user data. Some manufacturers even enable cryptographic erasure (we’ll touch on what this entails a little later) as a part of this process. If security is a main concern, you probably don’t want the factory reset to be your only method of data destruction, but if it is, make sure you know what methods the factory reset on that particular device uses. Some are more secure than others.

Now that we’ve gotten the DIY options out of the way, let’s look at some professional data destruction examples. The first one we’ll tackle is wiping. That process entails physically connecting the device you want the data wiped from to a bulk wiping device. In other cases, it can be done internally by starting a PC from a network or CD.

The great thing about wiping your device is that you can continue to use the device after it has been wiped without losing any storage space. That’s not true of many of the data destruction examples on this list.

Some might consider overwriting to be a type of wiping. They’re very similar processes. In overwriting, the St. Louis data destruction service will write over your data with random data until your actual data can no longer be accessed. This is usually accomplished with one pass through, but for particularly sensitive data, the company might recommend multiple passes. Overwriting is very common and therefore fairly accessible, especially when compared to some of the other data destruction examples on this list.

The only times when overwriting isn’t a good option is when the device is damaged and can’t have new data written to it. It also takes a good amount of time, and it doesn’t work on certain types of hard drives.

This is one of the more fun-sounding data destruction examples, but it’s not really all that more exciting than the other options on this list. With degaussing, you’re taking a high-powered magnet and disrupting the magnetic field of your device, which destroys the data. The process is exceedingly quick and thorough in comparison to some of the other options that might require multiple steps or long wait times.

There are also disadvantages, though. The first is that you can’t check to see if your data has been completely destroyed, and that’s because of the second disadvantage: Degaussing renders the hard drive completely useless. So you’re out of luck if you wanted to continue using that device, or if you were planning on donating it to someone else. Degaussing can be a good solution, but it’s not ideal in all circumstances.

Obviously, a lot of different types of data destruction fit under this umbrella. Degaussing is actually one of them. But here, we’re mainly focusing on methods that completely destroy the device you’re trying to get the data off of.

One way to do that is to shred it. This can be a very efficient solution, especially if you have a lot of electronic waste you’d like to get rid of. The downside is that you can’t use those devices any more, obviously, but if they’re not functional anymore anyway, it might be a good option for you or your business. One of the main appeals of physical destruction is that you don’t need any technical knowledge to be reasonably sure no one can access data that’s literally shredded into itty bitty pieces.

This process is a little more technical than some of the other data destruction examples, but we’ll endeavor to keep it brief. Basically, cryptographic erasure is a process where an encryption software is used on the entire device where your data is stored, and then the key to decrypt the data is erased. That means the data is technically still there, but it’s virtually impossible to decrypt and therefore impossible to access.

This is essentially another form of overwriting, but it has its own slight differences. Data erasure is another one of the software-based data destruction examples. To qualify as data erasure and therefore data sanitization, the software must provide a certificate stating details about the process (mostly that it was successful). The certificate must be unalterable. This ensures peace of mind — you can be absolutely sure the process worked and your data is no longer accessible.

How to Choose a St. Louis Data Destruction Company

The first aspect you should consider is how much time you want to devote to your St. Louis data destruction. If you’re a big business looking to destroy data on a lot of devices, you’ll want to steer clear of some of the more time consuming options on this list.

However, if you’re an individual who just wants to get rid of data on one or two devices, you might have time to pursue those longer data destruction examples. For example, wiping can take a very long time — sometimes an entire day just for one device. That makes it exceedingly impractical for a business but a definite potential for an individual.

You’ll also have to define which devices you want to destroy the data on. Not all techniques are ideal for all devices. For example, degaussing only works on hard drives and most tapes. If you need to destroy the data on a solid state drive, degaussing won’t work. Overwriting is another method that doesn’t work on all hard drives. A St. Louis data destruction company should want to know exactly which devices you’re looking to have the data destroyed on before recommending methods, and they should answer any questions you might have about the effectiveness of their preferred method on your devices.

Life of the Device

Also think about what you want to do with the device after the St. Louis data destruction company is done with it. Do you want to donate or recycle it? Are you trying to get the data off of it so you can use it for a different purpose? Or are you simply trying to get rid of it?

There are plenty of options where you can use the device after its data has been completely destroyed. The ones where you can’t, though, include the physical destruction options. That includes degaussing, which renders the hard drive unusable. And obviously, if you shred a device, you’re not going to get any more use out of it, unless you can find a use for tiny pieces of metal.

Your company might have certain security protocols that must be followed when it comes to using a St. Louis data destruction service. Some methods will work just fine for personal use, but they’re not guaranteed enough for very sensitive industries. Those types of scenarios are what data sanitization is built for. That way, you can guarantee that the data can no longer be accessed at all, by anyone, ever.

Just to give you one last boost, let’s recap the different types of services a St. Louis data destruction company might offer:

Once you’ve identified which type you want to pursue, you can identify St. Louis data destruction services that perform that type of destruction. They can also offer their opinions and expertise on the matter.

In any case, make sure the company is reputable and will supply proper documentation. Some places require businesses to have clear proof that data was thoroughly erased, so that documentation might come in handy. Check your local guidelines for yourself to make sure you are compliant with the law.

Data destruction can be a great way to make sure your devices are disposed of properly or get the chance at a second life, both of which can be beneficial to the environment. When you couple that with the fact that proper data destruction is the law in many places, that’s all the motivation you need to contact a St. Louis data destruction firm.